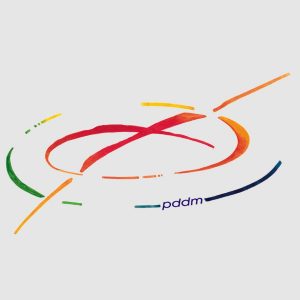 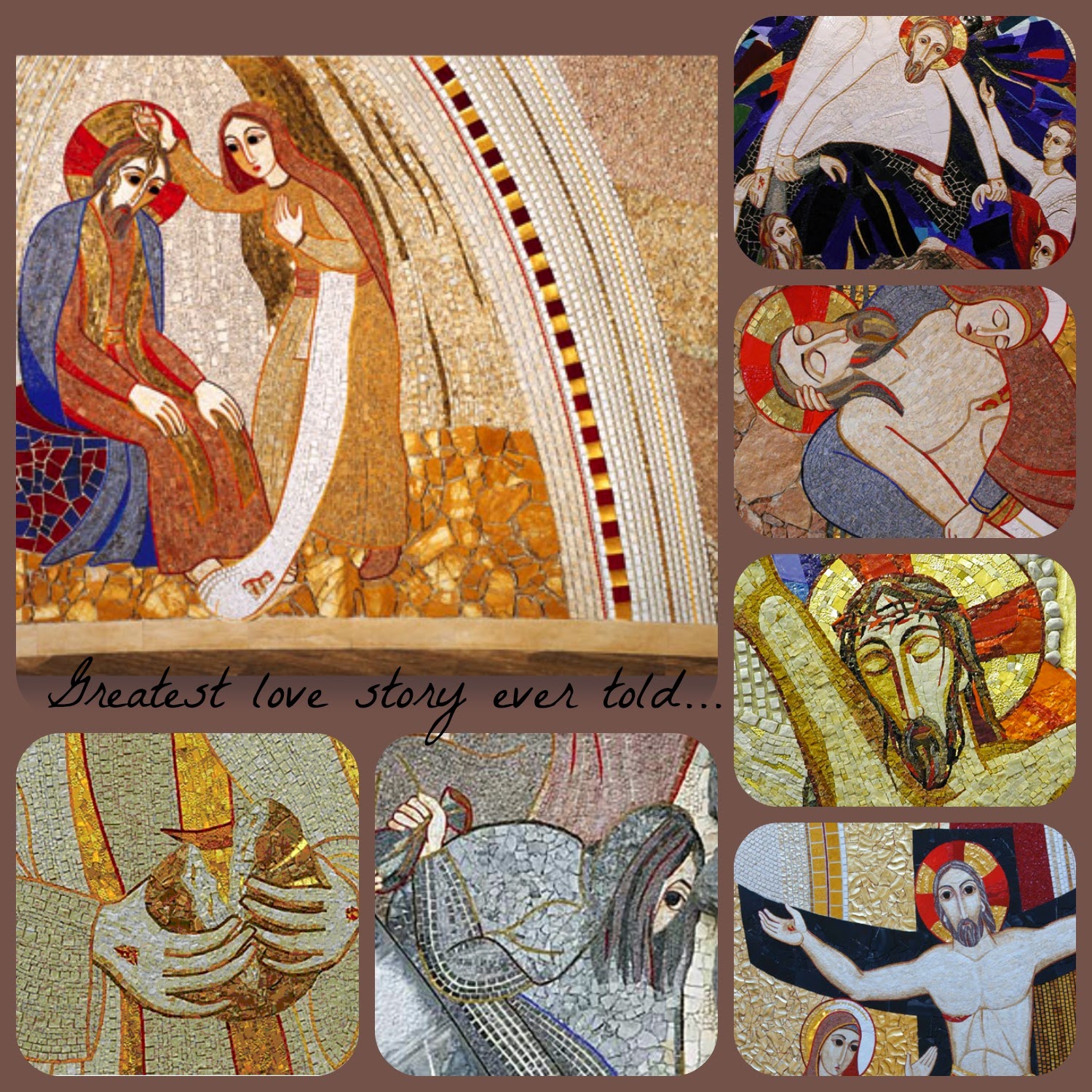 Every religious experience begins with a sense of emptiness, of life being bigger than us. We began the Lenten journey in the desert and we continue to walk, making the journey from Ashes to Alleluia. On Ash Wednesday we came forward to have ashes placed on our forehead and to hear the words “Remember you are dust and to dust you will return”. There is continuity in the liturgy where the burnt palms, symbol of the joy and majesty which accompanied Jesus during his entrance into Jerusalem, become the dust and ashes placed on our forehead.

Today we began the journey of Holy Week. Holy Week is holy, first and foremost, because of all Jesus Christ did during this week, from the triumphal entry into his city on Palm Sunday, to his teaching in the Temple, to the Last Supper, to his prayer in Gethsemane, to his arrest, torture, crucifixion and death on Good Friday, to his rest in the tomb, and his glorious resurrection on the third day. But Holy Week is holy because it’s also supposed to make us holy. Holy Week ought to be our most faith-filled week of the year.

On Palm Sunday the liturgy offers a panoramic view of the mysteries which we will contemplate during this Holy Week or Paschal Triduum: the institution of the Eucharist, the Passion and death of the Lord, and the prediction of His Resurrection.Our emotions this week swing between the great joy of those outside the southern city walls on the way to Bethany which we mark on Palm Sunday, and the great sadness of those outside the northwestern wall on the hill of Calvary on Good Friday and Holy Saturday.

We can see that the Palm Sunday Liturgy is framed by two expressions. The first is “Hosanna,” which was shouted out by the crowd, as we hear in the Gospel which proceeds the procession with the Palms at the beginning of Mass. Imagine, the crowd was chanting at the top of their lungs, “Hosanna to the Son of David, Hosanna to the King.” And slowly, and gradually, the Hosannas became quieter and quieter and quieter. Then nothing. Later on, another chant had begun, almost in a whisper, “crucify him,” softly, softly, louder, louder and finally bursting with power, “Crucify him. Crucify him. Crucify him. Crucify that man. Yes, one minute, we are singing Hosanna and then in almost the next breath, we are saying ‘Crucify him’.

When we listen to the Passion of the Lord, we may feel shocked or even outrage against the many betrayals of Jesus. We can be so fickle- one moment we are lifting palms in our hands and laying cloaks on the ground for Jesus and not long after we have stripped him of his clothes. Yet the Passion account becomes the mirror for us to look at our own lives and see how our following Him can oscillate between fidelity and betrayal.

Yet the Passion account becomes the mirror for us to look at our own lives and see how our following Him can oscillate between fidelity and betrayal.

Whatever the disciples expected to happen, and whatever the crowds expected, just didn’t happen. Their expectations and Jesus’ agenda are worlds apart. We can be like the disciples, easily disillusioned when Jesus our King chooses another path. Perhaps we forget that inside every one of us resides aspects of each disciple: fear, confusion,betrayal; mistrust; denial; doubt; intellect; ego and so many more. However, “Hosanna”,and “Crucify him” shouted from the deepest core of our being, and often shouted with absolutely no real understanding of what we am asking for, becomes the miraculous vocabulary with which God teaches us the meaning of unconditional love, mercy and salvation.

These are crucial challenges for those of us who cling to the Christian faith and may ask ‘why’ about so many things. Why is there so suffering, pain, violence? Why is our world in such much turmoil? It is enough to turn on the TV or open a newspaper or look online. The answer is embedded in the mystery of this coming week. An answer which is the closest thing to an answer that we Christians may have. The answer is in the Cross. The answer is on the Cross. On that Cross, God makes a promise that in His Son, He will be with us to the end of time. God is not asking us to make a promise we cannot keep. God is asking us to believe a promise that only He can keep.

It is important as we travel the Calvary Way, not to stop just at figures like Judas, Peter, Pilate or Herod, who each in their own ways show us the darker side of humanity.

We must also celebrate our fidelity along the Christian way. Our Founder Blessed Alberione had a phrase, ‘just as we sing the Miserere we must also sing the Magnificat.’ We encounter others like Mary Magdalene, Mary our Mother, Simon of Cyrene, the Roman Centurion, St. John. These people are icons in which we can read the love of God and the compassion of humanity. We are Mary Magdalene, reconciled sinners who are called to be faithful to the Lord to the end. We are called to be Simon of Cyrene, helping the Lord, albeit perhaps reluctantly at first, to carry the Cross. We are called to be St. John, receiving Mary as our inheritance. We are beckoned to follow the example of the Centurion by proclaiming Jesus to be the Son of God. During these days we are called to contemplate their faces as well and see in them the reflection of our own. 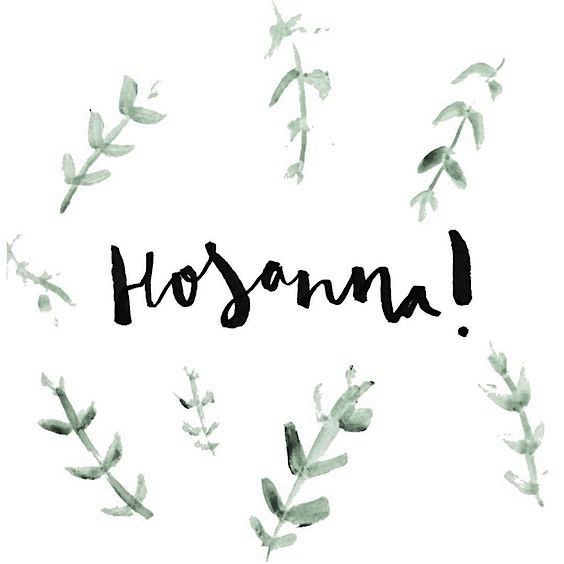 God steps out of grandeur to stand with us in awkward places at awful times to experience life and death, mercy and forgiveness. Jesus entered Jerusalem in humility but was welcomed as a king. God answers our cries of “Hosanna” in ways so utterly unexpected that we look again to see if they can possibly be true. Is there any better way to commence Holy Week than with palms in our hands and “Hosannas” on our lips? Is there any more faithful way to embark on this sacred journey than to ask God, out of the deep, honest places inside of us, to be our strength, our Everything.

Pope Francis in his apostolic exhortation ‘Joy of the Gospel’ writes: “We are not called to accomplish epic feats or to proclaim high-sounding words, but to give witness to the joy that arises from the certainty of knowing we are loved, from the confidence that we are saved.”

The ‘epic feat’ which we are called to live each day is simple, it is fidelity to the gift received. Going back to that phrase I quoted at the beginning from Blessed James Alberione, we are reminded that we sing the ‘Misere’ asking God for his pardon and then we intone the great ‘Magnficat’, as we praise Him for his goodness to us. The life of each one is an ongoing story of grace upon grace. So we begin to walk to Calvary….and beyond!

This website uses cookies to improve your experience while you navigate through the website. Out of these, the cookies that are categorized as necessary are stored on your browser as they are essential for the working of basic functionalities of the website. We also use third-party cookies that help us analyze and understand how you use this website. These cookies will be stored in your browser only with your consent. You also have the option to opt-out of these cookies. But opting out of some of these cookies may affect your browsing experience.
Necessary Always Enabled

Performance cookies are used to understand and analyze the key performance indexes of the website which helps in delivering a better user experience for the visitors.

Analytical cookies are used to understand how visitors interact with the website. These cookies help provide information on metrics the number of visitors, bounce rate, traffic source, etc.

Advertisement cookies are used to provide visitors with relevant ads and marketing campaigns. These cookies track visitors across websites and collect information to provide customized ads.

Other uncategorized cookies are those that are being analyzed and have not been classified into a category as yet.

SAVE & ACCEPT
Powered by